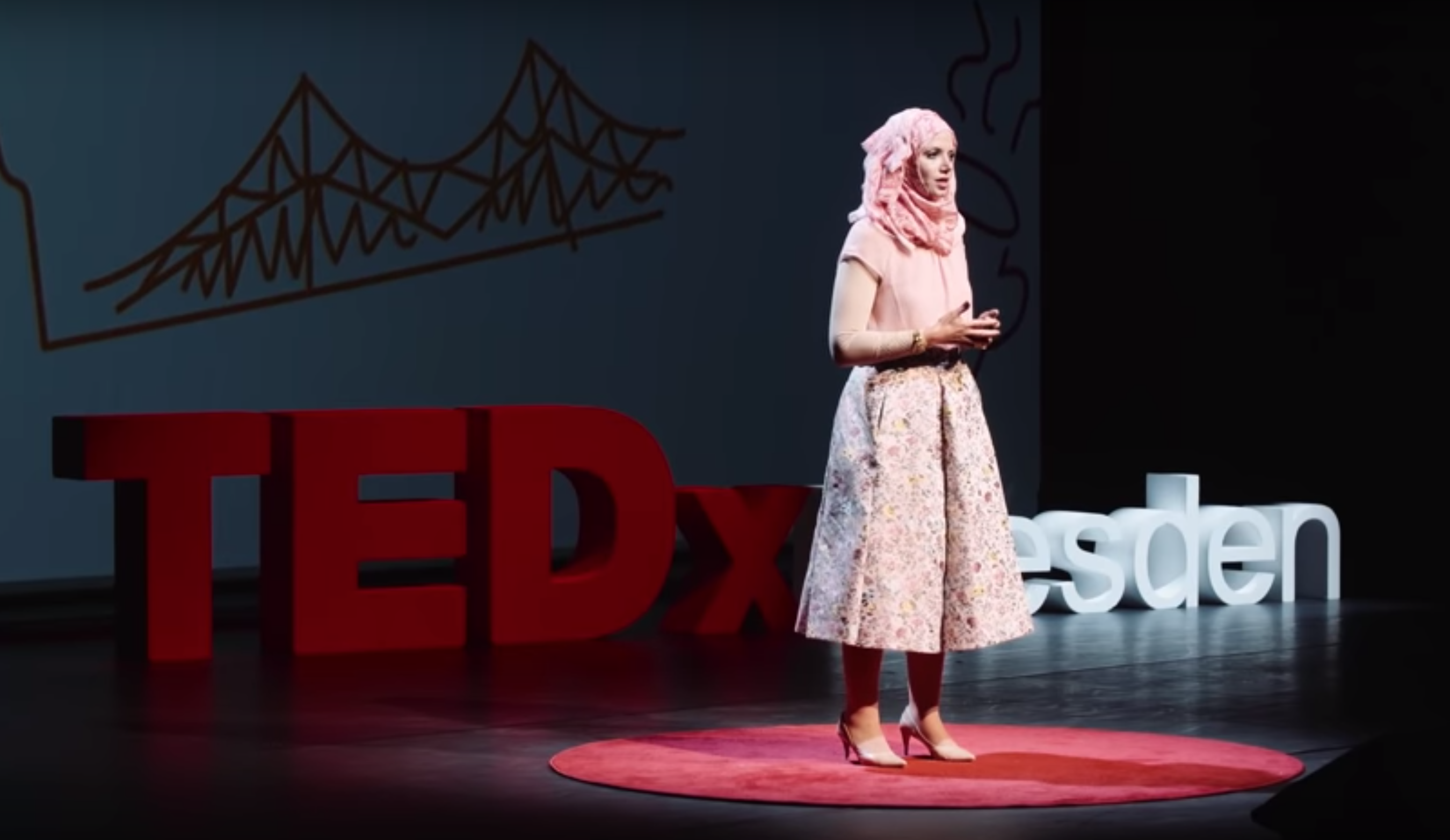 [:en][vc_row][vc_column][vc_column_text][/vc_column_text][vc_column_text]After experiencing violence and repression in the Syrian civil war, Razan Shalab AlSham decided to become an activist for civic rights and to build up a democratic society. She realized that the enormous work of women extenuating the cruel consequences of the war, was often not seen and acknowledged. Therefore, Razan founded the Atlas Relief & Development International (ARDI) network to empower women, especially girls, to learn, lead, decide and thrive. In this talk, she shares with you her story. Razan was born in Homs, Syria where she enjoyed a privileged lifestyle and pursued an academic career in English literature until the breakout of the conflict in Syria in 2011. She instantly became a prominent local activist and a civilian journalist, documenting the violence of the Assad government on unarmed civilians. Razan fled to Turkey in 2012 where she became the Field Director for the ‘Syrian Emergency Task Force’, a position she held until 2016. During that time, she lead an ambitious portfolio of international relief and emergency response efforts. Meanwhile, she smuggled journalists, politicians, and activists along the Turkey-Syria border to spread awareness of the conflict. In 2016, Razan founded ARDI, which now works to support Syrian civilians and refugees affected by the conflict in Syria. They are based in Dresden, Germany. As a Syrian woman, activist, and young leader, Razan brings a unique perspective to the current war in Syria and the resulting refugee crisis.

This talk was given at a TEDx event using the TED conference format but independently organized by a local community[/vc_column_text][/vc_column][/vc_row][:]